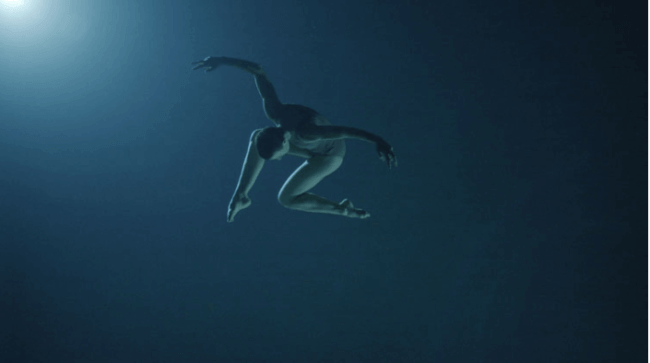 Emma Critchley’s art piece, Witness,  will be screened at Brighton Festival at the Attenborough Centre for the Creative Arts  with a live spoken word element and live orchestration on Saturday 07 May, 2022 11:00am and Sunday 15 May, 2022 9:00pm

The Earth Water Sky Residency Programme is curated and produced by Ariane Koek.

Join us on Dec 7, 4-5pm (CET) in the inauguration #webinar of the new Geneva Centre for Security Policy Polymath Initiative on “The good the bad and the ugly: opportunities and #risks of #emerging #technologies” We will talk about risks and opportunities in #artificial intelligence with Sandra Scott-Hayward, #neurotechnologies with Ricardo Chavarriaga and #synthetic #biology with Kevin Esvelt.
You can find more information about the #Polymath Initiative which is graciously supported by the Didier and Martine Primat Foundation here: https://lnkd.in/g6UBB-bY
#AI #emergingtech #emergingtechnologies 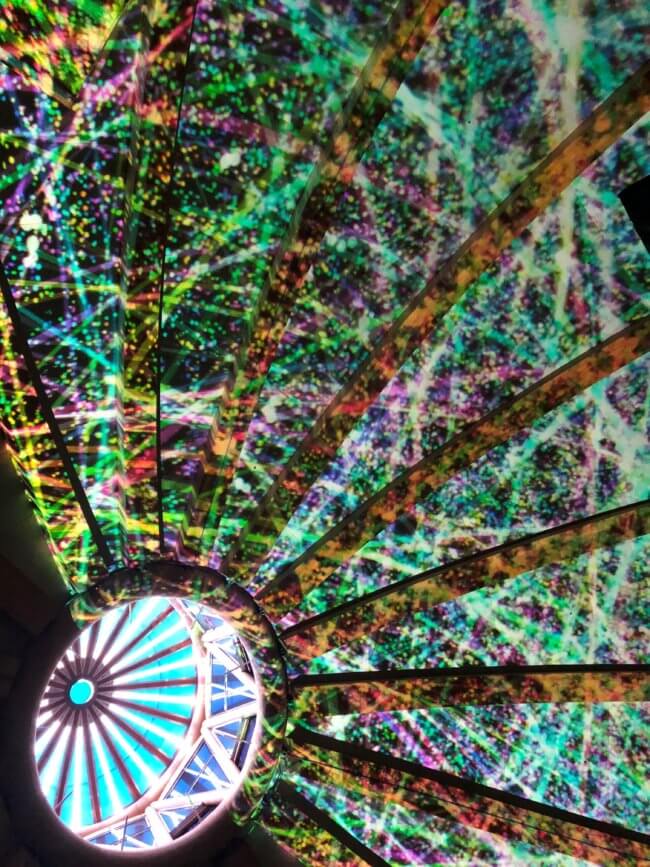 The Primat Foundation is proud to count among the sponsors of  the First edition of the SPARKS! CERN’s Serendipity Forum on Future Intelligence that took place on 18 September this year and broadcast through a live webstream and watched around the world.

The Sparks! consists of a series of short talks and debates among eminent scientists and specialists about the current and future trends of Artificial Intelligence and how it will impact our society. The Forum is meant to bring these important conversations to a broad audience.

You can also listen to the podcast series that preceded the event, a series of conversations with leading minds shaping the realm of Future Intelligence .

For more information about Sparks! read this article

The Primat Foundation via a donation to the Food Packaging Forum supported the production of 3 informative science videos on toxic materials in food packaging.

These video are intended primarily for decision-makers and influencers (policy makers, politicians, philanthropists); multipliers (journalists from the major media, bloggers ); NGOs acting in the environmental sphere to help them to move the lines.

Click HERE to view the 3 videos presenting a scientific reflection on the toxicity of certain food packaging. 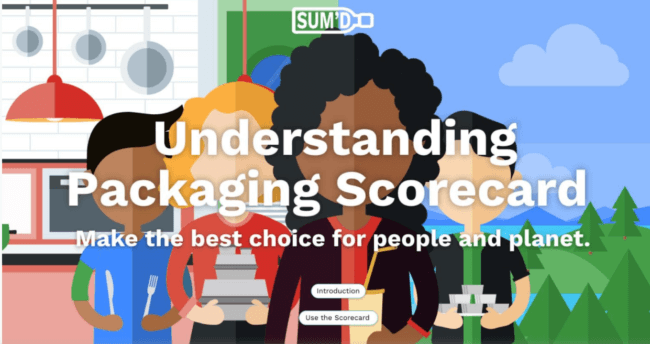 What is the UP Scorecard? The UP Scorecard is a science-based online tool to help users and Industry to select foodware and food packaging that is safe and environmentally sustainable.

This free, easy-to-use web-based tool  has been developed through an unprecedented collaboration of leading food service companies, NGOs and technical experts. The UP Scorecard provides an authoritative resource for businesses as well as for environmental and human health advocates.

The ongoing development of the UP Scorecard is being made possible through the financial support of the Didier and Martine Primat Foundation to the Food Packaging Forum. 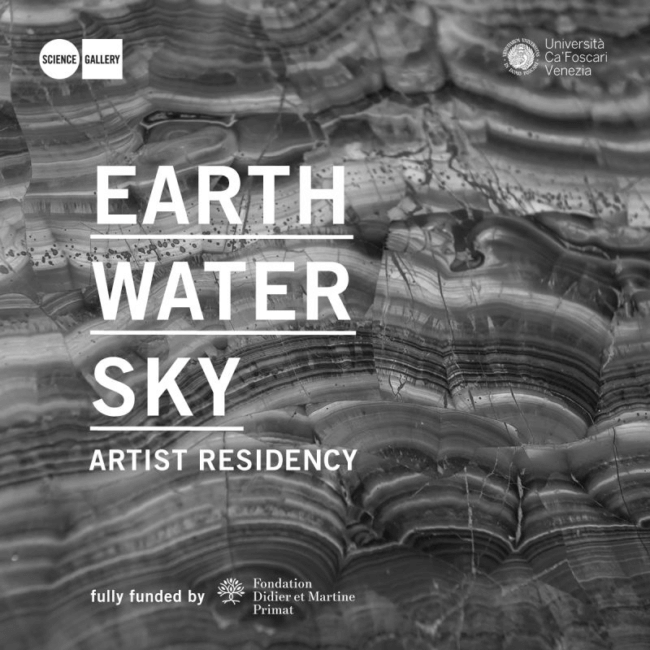 The Primat Foundation is proud to announce the  launch the third call of the #EarthWaterSky environmental science and arts residency programme!

We are looking for an artist from any discipline who is truly inspired by thinking about time and connecting  the geology of our Earth to humankind. The artist must also enjoy the research process as well as public engagement, and be able to create imaginative, extraordinary new work which captures the public’s attention, senses, minds and hearts.

The residency programme, hosted by Science Gallery Venice and Ca’Foscari University, is curated by Ariane Koek and fully funded by Didier and Martine Primat Foundation 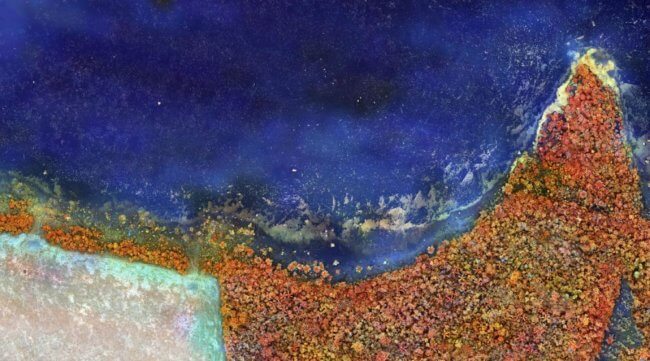 Richard Mosse presents Tristes Tropiques at Jack Shainman Gallery- New York –  a series of large-scale photographic maps capturing the environmental damage in the Amazon rainforest. In connection with this work, Mosse will start his remote residency at CERN in spring 2021, which will lead to an art commission with the support of the Didier and Martine Primat Foundation and its special Fund ODONATA.

Irish photographer Richard Mosse pushes the boundaries of what is possible in documentary photography. For the past year, Richard has been capturing the effects of environmental degradation by industrialized farming and deforestation in the Amazon. Employing geographic information system (GIS) technology, Mosse processed thousands of multispectral images captured above each site by drone to create large-scale photographic maps that document environmental degradation across Brazil’s ‘arc of fire’.

Scientists use multispectral imaging to detect deforestation, carbon dioxide release, toxic pollution and other aspects of damage to the fragile ecosystem, which attracted Mosse to use this medium reflexively. “One of the main reasons to embrace multispectral cameras technologies is because scientists use them to detect environmental changes, and they can image the extent of that through this camera technology. I realised that it accidentally produces a very beautiful colour palette, but it also works metaphorically as somehow part of the narrative that I’m trying to depict. It also can be used in certain instances to show the scale upon the landscape or the topology or the natural environment of man’s destructive traces and pollution”, he explained in a recent podcast with Monocle. 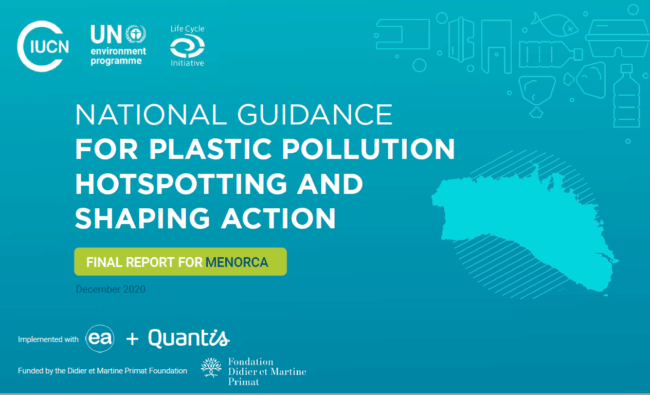 In order to mitigate plastic pollution, countries need to be able to identify where and how this pollution occurs. The Primat Foundation has supported the publication of innovative work carried out by IUCN (International Union for Conservation of Nature) with UNEP United Nations Environment Programme in 2 Mediterranean islands to demonstrate a methodology that allows countries to find and understand the extent of plastic pollution hotspots by polymer type, sector, application, region and waste management areas. The initiative, which includes helping national governments to formulate clear actions to reduce plastic leakage, has just been presented to the United Nations Environment Assembly (UNEA5).

For more information click on the link: Ground-breaking Plastic Pollution Hotspotting Results Published for Seven Countries in Asia, Africa, and the Mediterranean

We are proud to share with you the new website dedicated to the current work of Haseeb Ahmed, the 2020 winning artist of the Earth Water Sky environmental arts and science programme at Science Gallery Venice.

This website reflects and is part of Haseeb’s artistic on going research and creative process on wind as an invisible force which shaped the city of Venice and its maritime history.  Due to COVID,  the residency  has been split into one month digital and one month physical residency, as soon as conditions allows.

Curated by Ariane Koek , the  EarthWaterSky prize and residency is fully funded by Didier and Martine Primat Foundation .
Partager
Find out more
⌃